Cesar Sanchez was arrested for filming the West New York police in 2015. Now, because of him, West New York will adopt one of the country’s strongest policies to protect the right of the public to film the police.

The ACLU of New Jersey and the Town of West New York have announced an agreement under which the Town of West New York (West New York or Town) will institute policy that proactively affirms the right to photograph and record police. The policy specifies that individuals have the right in public and private settings to record the police, as long as their actions don’t interfere with police conduct. Photographing and recording alone, which are both common and lawful, do not constitute interference, the policy states. The new policy also sets up a system for supervision and training to implement the changes.

“It’s extremely gratifying that something so personally distressing, an unfair arrest, has ultimately paved the way for one of the strongest protections of people’s right to film police,” Sanchez said. “The tensions people face when exercising their individual rights to try to hold police accountable aren’t confined to West New York or New Jersey, but something felt by people all over the country.”

“I’m thankful that West New York’s policy will almost guarantee that no one in the Town will have their rights violated again just for filming the police,” Sanchez added. “That was the primary thing I was looking for in this suit: to ensure that people are free to exercise their rights without fearing jail time for it.”

The settlement came as the result of a suit alleging that Sanchez was unlawfully arrested. In July 2015 on his way home from work, Sanchez saw police forcefully arresting two teenagers. Sanchez pulled out his phone and planned to record, and the officers told him to put his phone away. Declining at first, he eventually complied. But when the police asked for identification, he refused, explaining that it was his legal right not to present ID.

“Cellphone cameras have become an essential tool for holding police accountable to the public they serve and protect,” said ACLU-NJ attorney Rebecca Livengood, who represents Sanchez. “West New York has acted admirably in adopting a policy that promotes transparency in police conduct and respect between police and the public.”

The police arrested Sanchez in retaliation for filming the scene and for declining to show his identification despite the police’s lack of justification to request it — both of which are legal. The municipal prosecutor dropped the charges against Sanchez, and then the ACLU-NJ sued in hopes that West New York would change its policy to reflect the fact that the First Amendment allows people to film the police unobtrusively.

West New York Mayor Felix Roque, M.D., expressed that the adoption of this policy greatly benefits the citizens of West New York as well as the members of the Police Department who serve them.

“Once the governing body became aware of the lawsuit filed by the ACLU it worked quickly to develop a policy to publicly clarify the rights of citizens to film police activity as well as to ensure law enforcement can perform its duties without unlawful interference. The policy which has already been incorporated into the police manual carefully balances First Amendment Rights and police investigative needs,” Mayor Roque said.

Last year, the ACLU of New Jersey released Mobile Justice, a smartphone app available on Apple and Android devices that allows users to record police interactions and send them to the ACLU to monitor for possible rights violations. The app also informs users of their rights when interacting with police.

The settlement agreement in the case, in which West New York makes no admission of liability, captioned Sanchez v. Town of West New York, was filed yesterday in Hudson County Superior Court. Mobile Justice is available for free on Android and Apple iOS platforms. 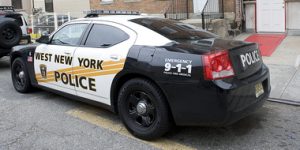